How to Install Projector Headlights in VW Golf MK4 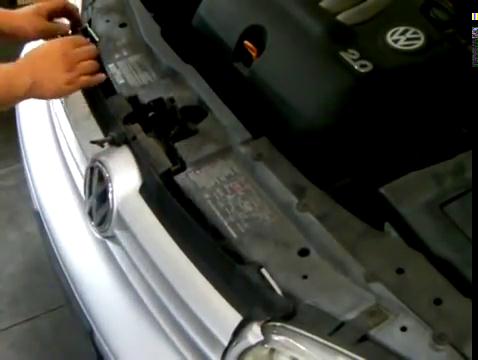 We begin by opening the hood, now that the hood is open. We gently tug on the corners of the front grille, then release the locking clips on both corners in the shot. Detach the hood latch by unlocking the clip. After the grill has been removed, remove the two screws with the red arrows pointed here under, the fender there are also excluded to be removed. 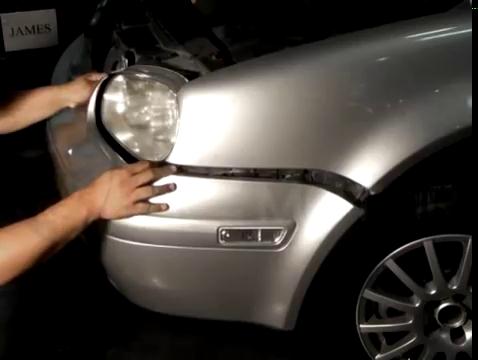 We remove the headlight plastic shielding by removing the two screws on top by tugging on the front bumper slightly. There two screws that are below the headlights which also need to be removed. When all the screws have been removed, we could generally pull the headlight out slightly, so that we can unplug the harness in the back. 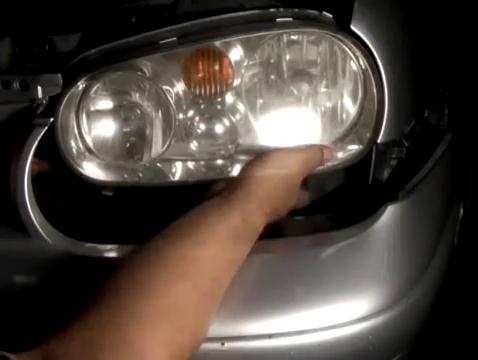 Put the bumper back into its place and replacing the two screws that are holding it down. we can start by the front two screws and then the lower screw. After the lower screw has been replaced, we can then replace a plastic piece. At this point, we go back under the bender to put back screws that we removed. We can then put back the hood latch that we took off and lock in the clip back into place. Push the front grille back in slightly so that the clips will lock.

Your installation is now complete please check all lights and signals before taking your vehicle out on the road.